The Best Stories Are the Ones No One Thought to Tell

Over the past year, you may have noticed that Hythe Group, which comprises of Hythe Building Services, Hythe Marine Services and Hythe HOSMU, has become increasingly vocal.

Hythe Group has historically not been one to shout too loud about the fantastic projects they’re involved with, the cool charities they support or the awesome team they retain. However, that all changed a year ago when content marketer and storyteller Hannah Cotterell joined the team.

Hannah commented, “It’s incredible to see what the Hythe Group of companies get involved with, from bespoke building and construction projects through to the essential service and maintenance of Royal Naval vessels. The team have been doing this for years and think nothing of it, whereas I’m blown away by all the things they get involved with!”

As Hannah reaches her first anniversary of working with Hythe Group, we talk content marketing, the power of story and how Hythe is evolving.

In perfect harmony with the mould-breaking and dynamic character of Hythe Group, Hannah’s not one to follow the ordinary.

After a career in various marketing roles, Hannah quit her day job in 2016 to focus on telling the stories of amazing brands around the world. Having previously worked at Harken Yacht Equipment in PR and Sponsorship, her first job as an independent storyteller was perfectly apt.

Hannah told us, “My first job was as an onboard reporter for yacht racing Team Maverick, the radical Infiniti 46R with Dynamic Stability System (DSS) foiling technology. This was a perfect opportunity as I love anything to do with water and sailing.” 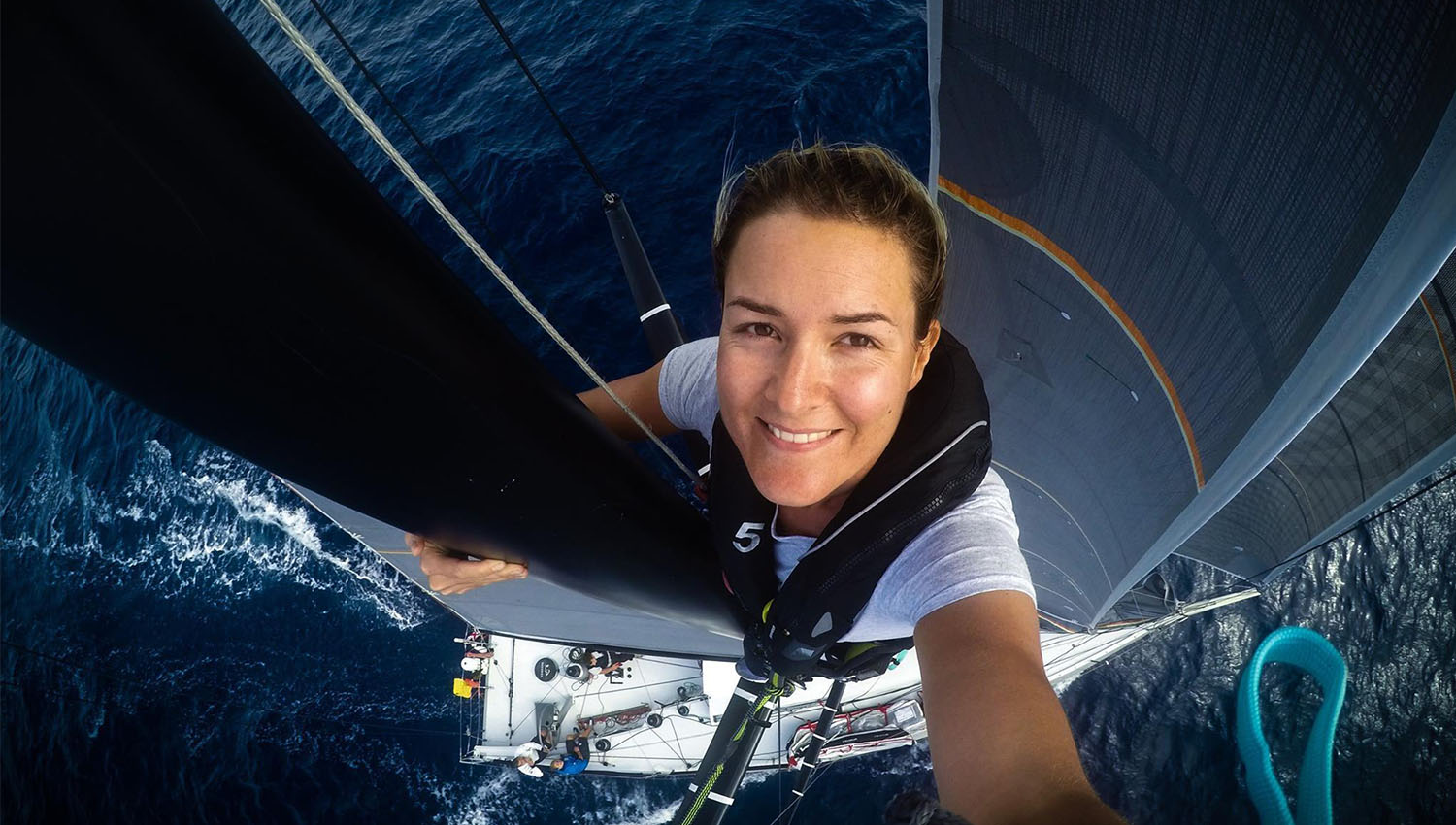 Whilst working with Team Maverick, Hannah made the team website, managed socials and built a brand that made people want to “Be a Maverick.” From there she became a focused Marketeer, with the sole mission of eradicating boring content, offering content marketing as a service and telling the stories of amazing people and brands around the globe.

But that’s not all…

After this project, Hannah got herself a CAA drone licence and started doing aerial filming at events such as the SB20 Worlds and Surfing spots in Nazare, Portugal.

After completing a rather hectic year of travel, Hannah was back in Europe looking for her next great brand to work with, and along came Hythe!

Hythe Group Marketing – Where it All Began

A year ago, Hythe Group managing director Josh Mathias decided to start promoting all the great work his team were doing behind the scenes.

Josh began looking for someone creative to help with the content side of life and received a recommendation from shipbuilding engineer Dave Monks, who’d previously worked with Hannah. They had a meeting to see whether it would be a good fit, and both saw the value of collaborating.

Hannah explained how she started working with Hythe Group, “In September 2019 I received an email from Josh who had been given my name from one of his shipbuilding engineers, Dave Monks. It turns out it really is a small world. Back in 2015, I went to Turkey to help out with the build of Yacht Maverick. Dave taught me how to make a fuel bracket out of carbon fibre in a random shed in Turkey. There is nothing quite as odd as drilling seemingly a billion holes in someone else’s brand new boat!”

Hannah commented on the super friendly nature of Hythe Group and the team. “It doesn’t matter if you’ve just joined a team that have known each other forever because if you’re helping out, then you’re part of the family!”

Another key factor that comes with working for Hythe Group is the impeccable standards everyone in the team strives for. Hannah told us, “There are standards, and then Hythe standards. If you work for Hythe Group then you better bring your A-game, they provide nothing but the best service to their clients and expect nothing less from their team.”

Hannah commented on how Hythe’s dedication to excellence is fantastic to work with.  She told us this striving for perfection comes from everyone’s willingness to do whatever it takes to make a job great, no matter how small the task.

These positive feelings are mutual with MD Josh Mathias, who told us, “Hannah has been a joy to work with. The content, websites & social media speak for themselves when it comes to describing her capabilities. She has picked up on our industries very quickly, can talk to anyone and seems to make everyone smile when she speaks to them.”

Since Hannah started with Hythe Group, the Group has moved from a largely marine focus to including Building Services and HOSMU bespoke storage and distribution solutions within their main offering.

We asked Hannah about the unique challenges that come with working in the Hythe Group company industries.

She told us, “After the re-branding of Hythe Group as a parent company, I guess you could say one challenge is working out how to keep a Group look and feel to your content whilst specialising enough to talk to the right buyer persona for each company.”

Another challenge for Hythe Marine Services specifically is that they work on some highly confidential projects, which is tough for marketers to utilise!

Hannah deals with this by learning the terminology that is generally accepted or rejected and building up a network of people that need to be contacted for approvals.

Hannah said, “The worst thing in my books would be to release an article or image that is supposed to be kept secret. I make sure our content plan is reviewed by numerous personnel before we ever go live!”

How has Hythe Group Evolved in the past year?

The most significant change this year was bringing together Hythe Building Services, Hythe Marine Services and Hythe HOSMU all under one roof as Hythe Group. In addition, Hythe has released new woodworking and composites workshops!

Alongside the growth of Hythe Group has been the journey of content and marketing, establishing a well-known and trusted brand digitally. There are four main pillars Hannah has been developing, to show the world what Hythe Group can do and to build relationships with clients, charities and potential sponsors.

In short, Hythe Group got social! Each month Hannah takes the information the team feeds her and turns it into a bespoke content marketing plan that we use to map out our social media activities for the month. Hannah told us, “We are working solely with organic content at the moment and it’s great to see the content grow and the followers increase in engagement.”

2020 saw the creation of brand guidelines to bring Hythe Group and the Hythe Group companies under one branding umbrella.

Hannah explained, “This has given us a much more recognisable, uniform and consistent look that our customers can associate with, whilst retaining the spirit of the team.”

When Hannah joined, there were a few different websites for Hythe Building Services, Hythe Marine Services and Hythe HOSMU. During this year, Hannah and the team revamped the sites to bring them all under Hythe Group, making them easy to find, with a tonne more content for clients to explore.

Check out the latest stories from Hythe Group of companies via the links below!